Richard Leigh is a magician and creator of theatrical magic shows, using his skills as an artist, sculpter and bespoke prop maker to create some highly original work.

His long and dedicated career of 37 years has combined his interest in magic, theatre and art.

Interests as a child were always connected to the theatre. It was a book on stage lighting that gave Richard his first insight into stage illusion techniques.

Richard left school at 16 and worked in a timber merchant in his home town of Stowmarket in Suffolk. During this 2 year period Richard created two themed magic acts. One with a Circus theme and the other with an enchanting fantasy woodland theme. The majority of these early props and illusions are still in working order and are used in performance to this day.

Richard turned professional in 1985 with an illusion act called ‘Richard Leigh and Sheryl’ and worked extensively in the cabaret fraternity for the next fifteen years. From cruise ships to theme parks, from hotel floor shows to holiday centre cabaret shows, from end of the pier summer shows to pantomime.

In 1990 Richard was the first European Magician to present his full evening magic and illusion show in Egypt, at the Shepheard Hotel in Cairo.

In 2000 Richard had relocated to London where he was to produce magic and illusion shows for the West End, Off West End and London Fringe Theatre for the next 20 years. One such show, ‘The Illusion show’

The ‘Illusion’ Show had its debut at The Westminster Theatre in Victoria, London in 2001.

‘The Magic Cavern’ – London’s most intimate and atmospheric theatre of magic, opened it’s doors for the first time in September 2002. Celebrated as London’s long running magic show. The show had its 1000th performance on the 4th May 2014 and in 2020 currently standing at 1212 performances before Covid-19 closed the London doors and the theatres ‘ghost light’ was switched on and the pause button pressed.

‘The Magic Cavern’ ran at The Barons Court Theatre in London for 18 years, with the final performance in London on the 5th January 2020.

Late Night Magic ran for 12 years, with the final performance on the 15th July 2016.

In 2005 Richard produced one of his strangest shows and by far one of his personal favourites. The Twilight Ballrooms featuring Malcolm Marvelle Master of Mystery and the lovely Rita!

Written and directed by Anthony Pearson. In 2006, Richard Leigh and Anthony Pearson took the Malcolm Marvelle Master of Mystery and the lovely Rita show up to Edinburgh for the Festival.

Click here for a short film of that hectic week created by Anthony Pearson.

During the 20 year London residency Richard created and presented the following 80 minute shows on top of the main magic show at the theatre called ‘The Magic Cavern’. Shows entitled ‘The Superstitious Magic Show which played Every Friday 13th. ‘The Magic Symphony’ looked after the February Half Term week. ‘The Fun Fair at The Magic Theatre’ and ‘The Side Shows of Wonder’ took over the afternoons during the summer holidays. Aptly named ‘The Spooky Magic Theatre’ left the magician with no voice left at the end of the 10 day, multiple shows a day, half term week in the October’s for the ‘Hallowe’en’ season. Great fun. 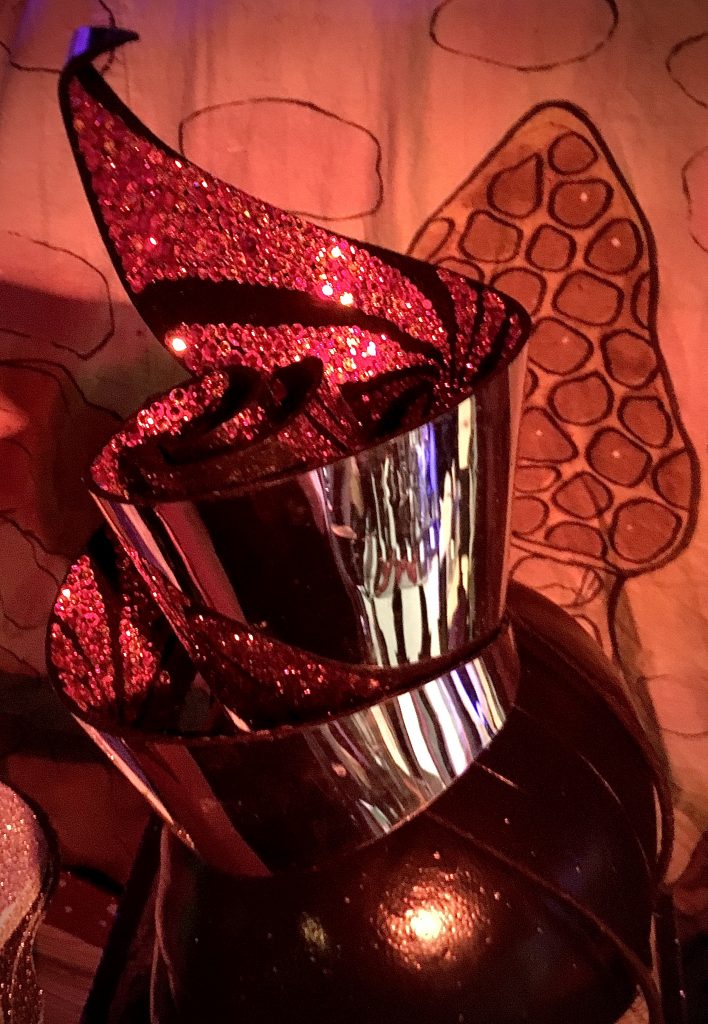 Another highlight of the London residency was a magical exhibition created as part of ‘London’s Hat Week in 2018. Hats created with the theme of Magic by Jenifer Rowley and associated themed magic created for and presented by Richard. A 30 minute walk around exhibition and magic presented in association with the stories behind the magic of the exquisite themed hats.

Richard took grasp of the incredible opportunity of huge amounts of time that the year of 2020 onwards gave most of us in the ‘arts’ sector and hibernated in the workshops and art rooms in his family home town in Suffolk and created a lot of new magic. So much so, that the repertoire of shows to present going forwards is now 9 different shows, one art exhibition, one magician. A new chapter.

Other interests are travelling. Worldwide theme parks with wooden rollercoasters, Old fashioned Circus and Fairground. Classical music, especially Stravinsky. Zoos and safaris, a huge love of the wise Elephants. And in contrast I love the big night clubs in Ibiza and naturally for those who know me ….. drinking tea!